College students in Boston trust traditional news sources but stick with social media because they have faith in their own ability to detect fake news, a new survey suggests.

The survey, which explored student attitudes, perceptions and opinions relating to public health, also found that personal appeals and hard data are optimal for influencing behavior.

The survey was commissioned by Howell Communications and conducted by Boston University College of Communication students under the tutelage of Anne Danehy, a veteran public opinion researcher and the college’s assistant dean of academic affairs.  More than 250 students in Boston participated in the survey, which was conducted from March 21 to April 9, 2022 by students Alex Gertler, Emma Li, Rainia Zhang, Sophia Lee and Sara Hirani.

“It will come as no surprise that college students favor social media as their news and information source of choice, but the reasons for that shed light on Generation Z’s complicated relationship with social media,” said Raymond P. Howell, president of Howell Communications.  ‘We hope that our survey helps provide a communications roadmap for when the next public health crisis unfortunately but inevitably hits.”

The survey found that by a margin of 53 to 18 percent, students prefer social over traditional media.  Convenience and ease of understanding are the main drivers, at 81 and 68 percent, respectively.  Social media’s advantage in frequency of use extends to  COVID-related information, although the gap narrows significantly, to 29 to 23 percent.

Traditional news outlets outperform social media, 56 to 29 percent, in the area of reputation and trust – the only metric where that is true.  Students stick with social media despite their reputational concerns because they have faith in their ability to separate fact from fiction.  Sixty-four percent said they are “able to identify disinformation sources on social media,” and 47 percent said they could “recognize fake news.”

The most compelling messages tested by the survey were  personal appeals and scientific evidence.  The highest rated message, at 77 percent, was that getting the vaccine would “keep my friends and family safe.”  Second was that the vaccine is a “scientifically proven way of stopping the spread of COVID,” at 73 percent.  In a ranking of important information categories, first was “data and statistics,” at 71 percent, followed by “expert analysis,” at 70 percent.

Boston employers want diversity. Suárez-Orozco knows where to find it 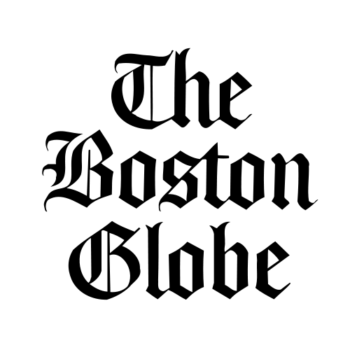